We present a model of ischemic heart disease using cardiomyocytes derived from human induced pluripotent stem cells, together with a method for quantitative evaluation of tissue damage caused by ischemia. This model can provide a useful platform for drug screening and further research on ischemic heart disease.

Ischemic heart disease is a significant cause of death worldwide. It has therefore been the subject of a tremendous amount of research, often with small-animal models such as rodents. However, the physiology of the human heart differs significantly from that of the rodent heart, underscoring the need for clinically relevant models to study heart disease. Here, we present a protocol to model ischemic heart disease using cardiomyocytes differentiated from human induced pluripotent stem cells (hiPS-CMs) and to quantify the damage and functional impairment of the ischemic cardiomyocytes. Exposure to 2% oxygen without glucose and serum increases the percentage of injured cells, which is indicated by staining of the nucleus with propidium iodide, and decreases cellular viability. These conditions also decrease the contractility of hiPS-CMs as confirmed by displacement vector field analysis of microscopic video images. This protocol may furthermore provide a convenient method for personalized drug screening by facilitating the use of hiPS cells from individual patients. Therefore, this model of ischemic heart disease, based on iPS-CMs of human origin, can provide a useful platform for drug screening and further research on ischemic heart disease.

Ischemic heart disease (IHD) is recognized worldwide as the leading cause of death, and it was estimated to be responsible for more than nine million fatalities in 20161. The prevalence of cardiovascular disease continues to rise, and globalization seems to have contributed to the prevalence of heart disease risk factors in developing countries. Therefore, the study of IHD is becoming increasingly more urgent2.

Experimental models of cardiovascular disease are critical for studying the mechanisms of disease, accuracy of diagnosis, and development of new therapies. Several experimental models have been proposed by many laboratories. It is of utmost importance to choose a model with significant advantages; feasibility, repeatability and similarity to human disease are key factors in the selection of cardiovascular disease models3. Human induced pluripotent stem cells (hiPSCs) carrying speciﬁc cardiomyopathy-associated mutations are a promising alternative to animal models4. Although many strategies have been described for inducing cardiomyocytes using iPSCs5,6,7,8,9, here we provide a simple method to produce an IHD model using cardiomyocytes differentiated from hiPSCs, in which laborious selection of cardiomyocyte using markers is not applied. In this method, cardiomyocytes are selected functionally by analyzing spontaneous contraction.

Induction of cardiomyocytes using hiPSCs avoids animal sacrifice and technically difficult surgery. Establishing animal models of IHD requires challenging surgical techniques10. Perfectly simulating the various pathophysiological aspects of human heart disease such as heart rate and action potentials from the physiology of rodents is nearly impossible. Coupled with the morality and ethics of using animal models, the development of new experimental models other than animal models is imperative. Cardiomyocytes differentiated from human iPS cells better mimic the physiological state of the human heart. In this protocol, we establish a model of IHD using cardiomyocytes derived from hiPS cells (hiPS-CMs). In our model, the deprivation of oxygen and glucose leads to a decrease in the contractile force and viability of hiPS-CMs. Our method provides a new approach to model IHD and demonstrates a new platform for the study of this disease.

2. Induction of cardiac differentiation of hiPSCs

5. Assessment of contractility of iPS-CMs 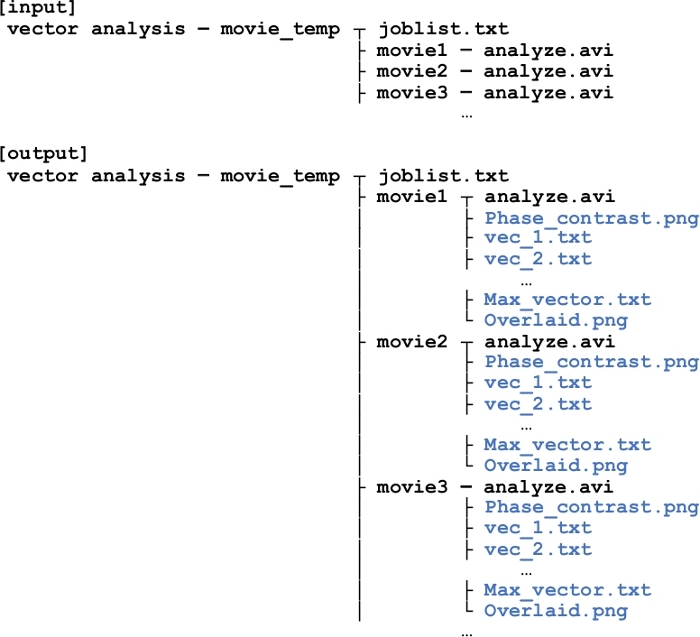 Figure 1: Folder structure for displacement vector analysis using imageJ.
“joblist.txt” describes path to movie files each line. If there are three files to analyze, there will be three folders (movie1, movie2, and movie3), in which “analyze.avi” (the movie of interest) should be placed. After the analysis is performed by “vector_analysis.ijm” code, files will be generated (indicated in blue) in each movie folder. Information stored in each file is explained in detail in the main text. Please click here to view a larger version of this figure. 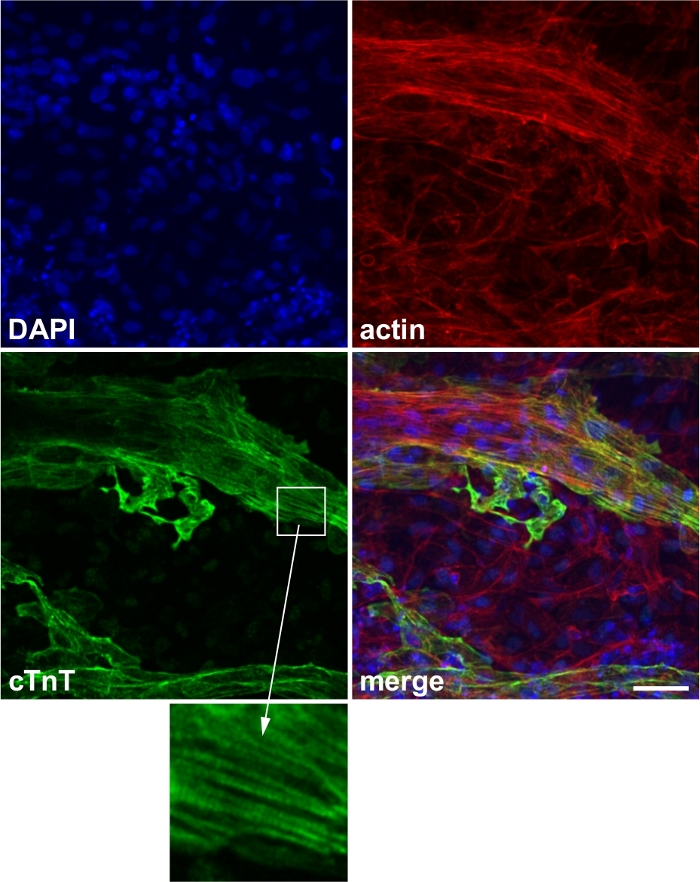 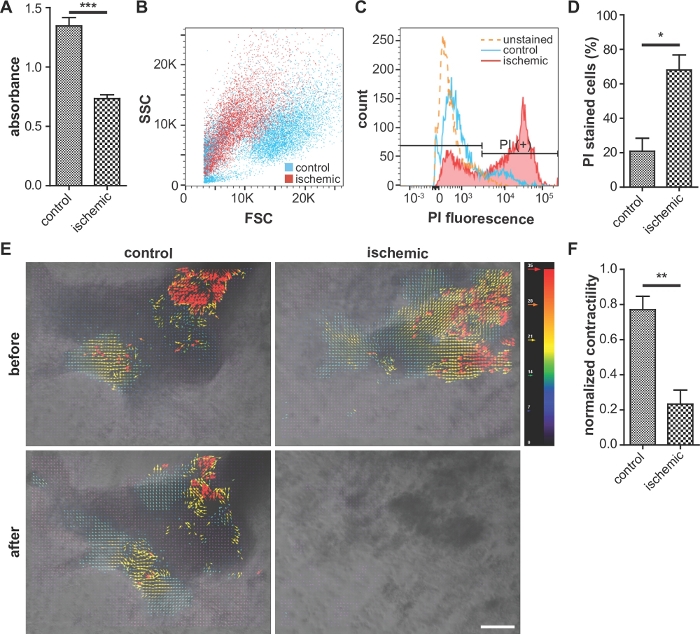 Supplementary Figure 3: Assessment of the content of cardiomyocytes. Immunostaining of cardiac marker protein on a 96 well plate. Green: cTnT, Blue: DAPI. Rate of the differentiated cells was calculated to be 20.7 ± 9.6% by dividing the area of cTnT-stained region by that of DAPI-stained region. Scale bar = 1 mm. n = 4 for control condition. Please click here to download this figure.

The main problem a user of this protocol may face is low rate of differentiated cardiomyocytes. Several steps should be taken with great care to improve the rate of successful differentiation: (a) be gentle when pipetting because the cells easily detach after addition of the cell dissociation enzymes reagent, (b) adding Y-27632 increases the survival rate of iPS cells when detaching, and (c) the timing of medium changes at the beginning of differentiation should be precisely 48 h apart to ensure controlled expression of genes involved in differentiation.

Regarding the extracellular matrix proteins used for coating the surface of culture plate, other materials than laminin we used in this protocol can be used. For example, Matrigel14,15, and gelatin16,17 are used for the feeder-free maintenance culture of hiPSCs. According to Haraguchi et al., hiPSCs seeded on Matrigel were successfully differentiated into cardiac cell sheet18.

There are a number of preceding studies regarding culture models for disease modeling using cardiomyocytes derived from hiPSCs. Regarding the modeling of ischemia-reperfusion injury, manipulations of the cellular environment, such as hyperkalemia, acidosis, and lactate accumulation, have been introduced19. Other methods include cell pelleting to hinder oxygen diffusion20 and metabolic inhibition using cyanide21. In the current protocol, cell injury was achieved by relatively simple method, namely 24 h deprivation of oxygen and nutrients. However, care should be taken to consider accurate pathophysiological processes of the ischemic heart disease, as there are indeed differences between the disease in vivo and the disease model of the current protocol, such as the presence or absence of three-dimensional cellular environment and blood.

Regarding the technological aspect of the evaluation of cardiomyocyte function, Toepfer et al. reported a MatLab-based algorithm to determine sarcomere contraction and relaxation in hiPS-CMs22. Smith et al. reported an advanced method of high-throughput electrophysiological analysis of excitable cells derived from hiPS-CMs, using sophisticated nanotopographically patterned multielectrode arrays23,24. The advantage of our protocol is that it only requires conventional software and consumables, such as imageJ software and 96-well plates.

Our hiPS-CM model, which is very close to the physiological conditions of human cardiac myocytes, advantageously mimics human IHD. Animal model-based approaches include ethical, technical, and academic issues. Particularly, in vivo models require an advanced technique of microsurgery to achieve reproducible data: e.g., occlusion of the anterior descending branch of the left coronary artery in rodents3. The hiPS-CM model described herein overcomes these critical barriers and provides a useful, relevant, and repeatable platform for cardiovascular disease.

However, some limitations should be noted. An obvious difference between iPS-induced cardiomyocytes and normal cardiomyocytes is the absence of T-tubules29, and we did not include humoral factors such as tissue damage induced by leukocytes and activation of a complement system in our study. Moreover, the rate of differentiated cardiomyocytes in this model (20.7 ± 9.6%, Supplementary Figure 3) should be improved. The recent publication by Halloin et al. describes a scalable, chemically defined method to induce hiPS-CM purity of >95% by chemical WNT pathway modulators without requirement of any selection by markers30. Nevertheless, our model of human IHD is relatively simple and clinically applicable (e.g., drug screening using patient-derived iPS cells). Our model is also a unique platform to further elucidate mechanisms underlying IHDs. 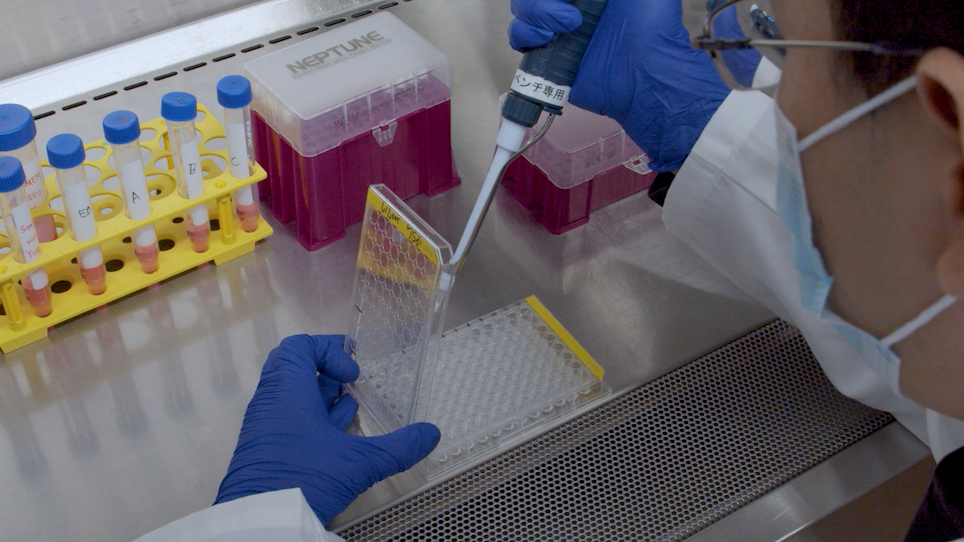