A recently published DNA extraction protocol using magnetic beads and an automated DNA extraction instrument suggested that it is possible to extract high quality and quantity DNA from a well-preserved individual mosquito sufficient for downstream whole genome sequencing. However, reliance on an expensive automated DNA extraction instrument can be prohibitive for many laboratories. Here, the study provides a budget-friendly magnetic-bead-based DNA extraction protocol, which is suitable for low to medium throughput. The protocol described here was successfully tested using individual Aedes aegypti mosquito samples. The reduced costs associated with high quality DNA extraction will increase the application of high throughput sequencing to resource limited labs and studies.

Recent advances in population and landscape genomics are directly correlated with decreasing costs of whole genome sequencing. Though the previous DNA extraction protocol1 increases efficiencies associated with high throughput sequencing, smaller labs/studies without the funds may opt out of using these new powerful landscape and population genomics tools due to costs of implementing the protocol (e.g., costs of specialized instruments).

Here, a modified DNA extraction protocol is presented that uses a similar magnetic bead extraction step as Neiman et al.1 to obtain high purity DNA but does not rely on high-cost instruments for tissue lysis and DNA extraction. This protocol is suitable for experiments requiring >10 ng of high-quality DNA.

1. General sample storage and preparations prior to DNA extraction

The average DNA yield per individual mosquito head/thorax tissue was 4.121 ng/µL (N = 92, standard deviation 3.513) measured using a fluorometer when eluted using 100 µL of elution buffer. This is sufficient for the 10-30 ng genomic DNA input requirements necessary for whole genome library construction1,7. The quantity of DNA can vary between 0.3-29.7 ng/µL depending on the mosquito body size and preservation conditions. Some of the high variability is due to the characteristic of magnetic beads used in the study. Different brands of magnetic beads may produce more consistent concentrations, as indicated in the previous report1. It should also be noted that different mosquito species differ in size and that the DNA yield is dependent on those individual and species size ranges. If the DNA concentration is below the typical ranges, one may adjust the incubation period in the proteinase K reaction (step 2.7), but this extension should be no longer than 16 h. Moreover, switching the proteinase K and/or lysis buffer brands can have significant impact on DNA yield1.

The typical microvolume fluorometer reading of the final DNA in elution buffer with 0.5 mM EDTA is shown in Figure 1. The average absorbance ratio for 260/280 nm was 2.3 (standard deviation = 0.071). The data was consistent from the samples used in the previous studies for whole genome sequencing3,4.

Typical reagent and consumable cost for extraction is around $9.50/sample. These cost estimates include reagents listed in the Table of Materials, and other consumables such as pipette tips, tubes, and gloves needed for extraction. The reagent and consumable cost are equivalent to any typical magnetic-bead-based extraction method (Table 1). The cost may vary somewhat depending on bulk purchase discounts available for any given product. The major cost benefit of this protocol comes from not requiring the automated DNA extraction instrument. 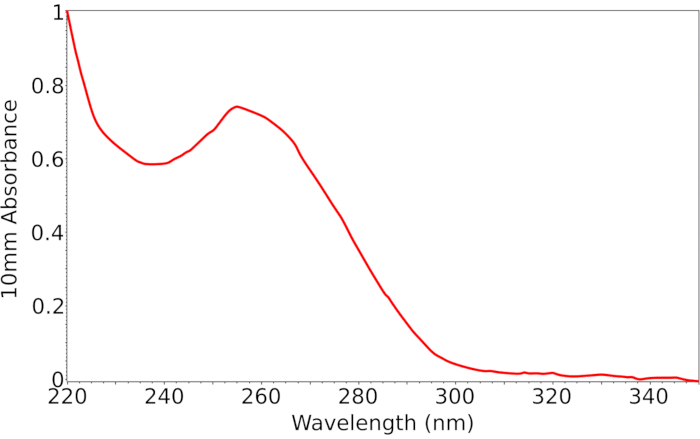 The protocol described here can be adapted for other insect species. The original version of the protocol introduced in Nieman et al.1 has been tested on multiple species, including Aedes aegypti, Ae. busckii, Ae. taeniorhynchus, Anopheles arabiensis, An. coluzzii, An. coustani, An. darlingi, An. funestus, An. gambiae, An. quadriannulatus, An. rufipes, Culex pipiens, Cx. quinquefasciatus, Cx. theileri, Drosophila suzukii, Chrysomela aeneicollis Tuta absoluta, and Keiferia lycopersicella2,8,9,10. It is expected that this protocol will work for these as well as other arthropods.

Ideally, samples should be stored in 70%-80% ethanol at 4 °C prior to DNA extraction. Typically, 80% ethanol is used for storing mosquito samples in Africa. High temperature conditions could accelerate evaporation of ethanol and make ethanol content lower than what is intended (70%). Samples stored in 100% ethanol, denatured alcohol, 75%-90% isopropanol or rubbing alcohol have also resulted in successful whole genome sequencing using the Nieman et al.1 protocol, and it is expected that this protocol would perform equally well. The DNA extraction protocol described here has also been tried on samples stored dry in silica and frozen at -20 °C. However, there was a higher (15%-30%) chance of failure when stored for >6-12 months, suggesting that these were less than ideal storage conditions.

As DNA extraction without physical sample disruption has a higher chance of failure (33%)1, this protocol incorporates a manual physical disruption technique (step 2.5). Sample disruption can also be achieved using steel beads on a tissue lysis instrument1.

The reagents and consumable cost for DNA extraction using this protocol is comparable with other extraction methods available (Table 1). However, the protocol described here does not require an automated DNA extraction instrument. Due to manual labor involved in processing DNA extraction, one person can typically process 12-16 samples and finish with DNA quantification in a day. This is significantly less than what automated DNA extraction setup can process per day. Thus, when choosing a protocol, the sample processing capacity should be taken into account. However, the lower cost threshold this protocol offers should enable many resource limited labs and studies to leverage in high-throughput sequencing technology.

In both the Nieman et al.1 and this protocol, elution buffer can be replaced with the typical TE buffer, 10 mM Tris-Cl, or water depending on the downstream analysis. An elution buffer containing some EDTA may impact enzyme efficiency. Typical enzymatic shearing-based gDNA library preparation protocols include conditioning solutions or enhancers added to compensate for enzyme inhibition by EDTA. It should also be considered that EDTA may change the absorbance at 230 nm wavelength11. For example, higher concentrations of EDTA would create a higher absorbance value between 220-240 nm wavelength than that shown in Figure 1 (data not shown).

This protocol can be easily adapted to laboratories with minimal molecular biology tools. The protocol described here attempts to reduce the cost thresholds associated with genome extraction and thereby increase the application of high throughput sequencing to resource limited labs and studies.

We acknowledge funding support from the Pacific Southwest Regional Center of Excellence for Vector-Borne Diseases funded by the U.S. Centers for Disease Control and Prevention (Cooperative Agreement 1U01CK000516), CDC grant NU50CK000420-04-04, the USDA National Institute of Food and Agriculture (Hatch project 1025565), UF/IFAS Florida Medical Entomology Laboratory fellowship to Tse-Yu Chen, NSF CAMTech IUCRC Phase II grant (AWD05009_MOD0030), and Florida Department of Health (Contract CODQJ). The findings and conclusions in this article are those of the author(s) and do not necessarily represent the views of the U.S. Fish and Wildlife Service. 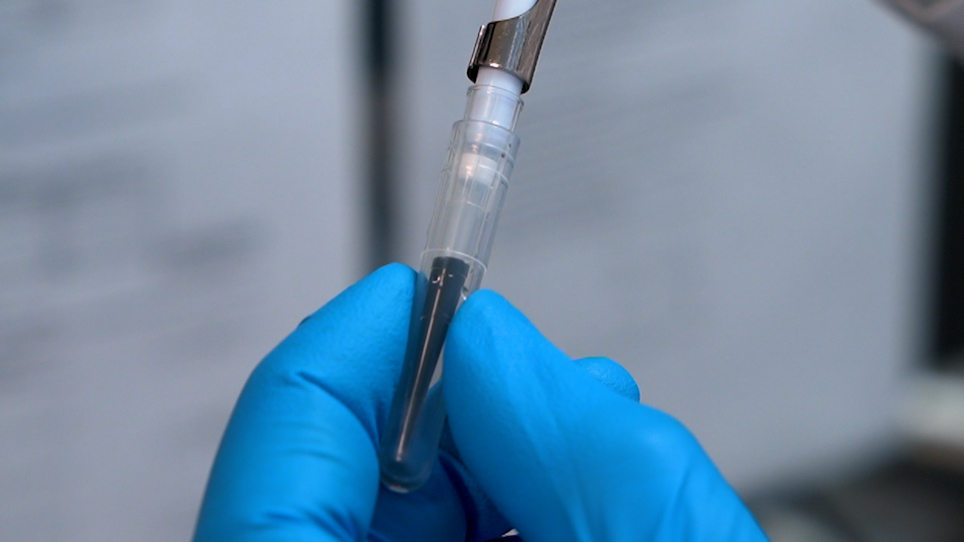