The use of preclinical models to advance our understanding of tumor biology and investigate the efficacy of therapeutic agents is key to cancer research. Although there are many established gastric cancer cell lines and many conventional transgenic mouse models for preclinical research, the disadvantages of these in vitro and in vivo models limit their applications. Because the characteristics of these models have changed in culture, they no longer model tumor heterogeneity, and their responses have not been able to predict responses in humans. Thus, alternative models that better represent tumor heterogeneity are being developed. Patient-derived xenograft (PDX) models preserve the histologic appearance of cancer cells, retain intratumoral heterogeneity, and better reflect the relevant human components of the tumor microenvironment. However, it usually takes 4-8 months to develop a PDX model, which is longer than the expected survival of many gastric patients. For this reason, establishing primary cancer cell lines may be an effective complementary method for drug response studies. The current protocol describes methods to establish PDX models and primary cancer cell lines from surgical gastric cancer samples. These methods provide a useful tool for drug development and cancer biology research.

Gastric cancer is the fifth-most common cancer worldwide and the third leading cause of cancer death. In 2018, over 1,000,000 new cases of gastric cancer were diagnosed globally, and an estimated 783,000 people were killed by this disease1. The incidence and mortality of gastric cancer remain very high in northeastern Asian countries2,3. Despite significant progress in the field of cancer therapeutics, the prognosis of patients with advanced gastric cancer remains poor, with a five-year survival rate of approximately 25%4,5,6,7,. Thus, there is an urgent need for the development of new therapeutic strategies for gastric cancer

The treatment of gastric cancer is challenging because of its high heterogeneity8,9. Thus, the question of how to address the challenges of tumor heterogeneity to realize precision medicine is central to cancer research. In vitro and in vivo models play crucial roles in elucidating the heterogeneous mechanisms and biology of gastric cancer. However, although there are numerous gastric cancer cell lines and many conventional transgenic mouse models for preclinical research, the disadvantages of these models limit their applications10. Because the characteristics of these models have changed in culture, they no longer model tumor heterogeneity, and their responses have not been able to predict responses in humans11. These issues severely limit the possibility of identifying subgroups of cancer patients that will respond to targeted drugs. The short-term culture of primary tumors provides a relatively rapid and personalized way to investigate anticancer pharmacological properties, which will likely be the hallmark of personalized cancer treatment.

Patient-derived xenografts (PDXs) are preferred as an alternative preclinical model for drug response profiling12. In addition, PDX models offer a powerful tool for studying the initiation and progression of cancer13,14. PDX models preserve the histologic appearance of cancer cells, retain intratumoral heterogeneity, and better reflect the relevant human components of the tumor microenvironment15,16. However, the limitation of the widely used PDX models is the low success rate for establishing and serially propagating human solid tumors. In this study, decently successful methods for establishing PDX models and primary cell lines are described.

This human study was approved by the Institutional Ethics Review Board of Sun Yat-sen University Cancer Center (SYSUCC, Guangzhou, China). The animal study was approved by the Institutional Animal Care and Use Committee of Sun Yat-sen University. Note: all experiments were performed in compliance with the relevant laws and institutional guidelines, including the Guideline for occupational exposure protection against blood-borne pathogens.

NOTE: This part primarily references the methods for the Live Tissue Kit Cryo Kit. The main kits and equipment are listed in the Table of Materials.

Here, tumor tissues from an operation were preserved in stock solution until the next step. Within 4 hours, tumor tissues were cut into small pieces and implanted into the dorsal flanks of NSG mice that had been anesthetized using isoflurane-soaked cotton. Tumors larger than 1 cm3 could be resected for implantation into new mice (Figure 1) or sliced carefully and preserved in liquid nitrogen following the protocol. In this study, the first-generation tumors grew more slowly than those in later generations, taking 3 weeks or longer to reach the appropriate size. The success rate of first-generation subcutaneous tumor formation was greater than 80%. We confirmed the identity of the cancer cells from PDX models by H&E staining under a microscope (Figure 3C). Finally, the success rate of tumor formation from cryopreserved tumor tissue was approximately 95%.

Primary cancer cells were isolated as another way to investigate the individual tumor. The cells were isolated from either operative specimens or PDX models. The tumor tissues were washed with DPBS and cut into pieces. The tissue fragments were digested thoroughly with type 1 collagenase and trypsin (1:14) before filtration. After removing erythrocytes, the cells were cultured in the same way as other cancer cells. The surviving mesenchymal cells die in subsequent passages (Figure 2). Based on differences in morphology, we can easily recognize tumor cells. Normal cells have a uniform shape and size, but cancer cells come in various sizes and shapes. Additionally, in cancer cells, the nucleus has irregular structures and a relatively small cytoplasm. Therefore, the primary cells were authenticated independently by two pathologists under a microscope (Figure 3A). For further confirmation, H&E staining was used to observe cancer cell morphology after fixation (Figure 3B). The rate of successful isolation of primary cell lines was approximately 40%. The primary cells must be passaged 4 or 5 times after isolation, and pathological authentication is needed. These steps may take approximately 20 days. 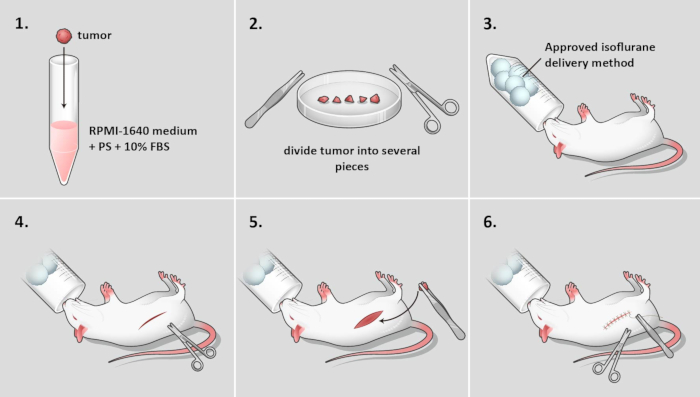 Figure 1. Schema for the establishment of patient-derived xenograft (PDX) models.
To successfully establish PDX models, resect the tumor masses in the operating room for immediate processing. Divide the tumor into several small pieces. Put isoflurane-soaked cotton balls in a 50 mL tube to anesthetize the mice, and cut wounds in dorsal flanks. Blunt dissect subcutaneous tissues with forceps, and use forceps to place one piece of the tumor subcutaneously away from the wound. Suture and sterilize the wounds. The anesthesia process requires careful monitoring of mouse vital signs, such as respiration rate. Please click here to view a larger version of this figure. 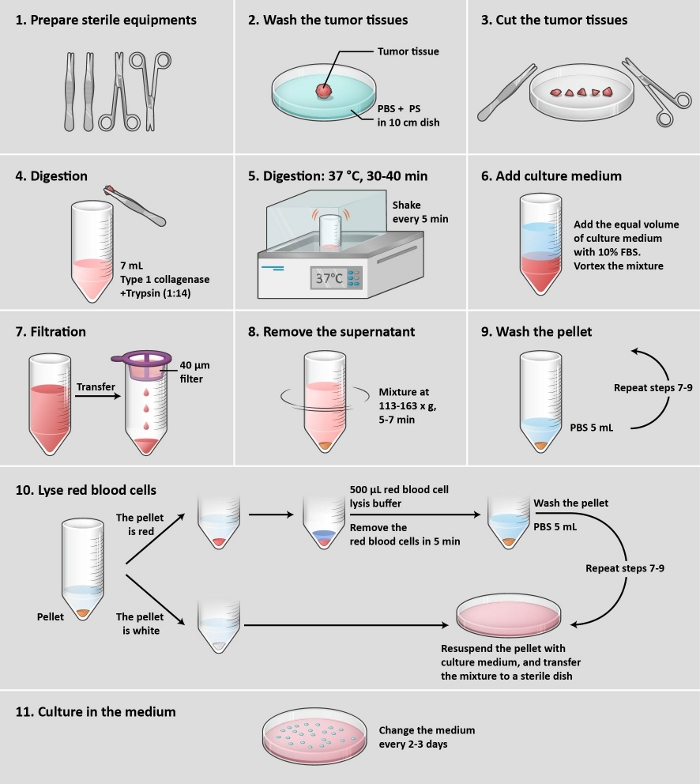 Figure 2. Schema for the isolation of primary cells.
Obtain tumor specimens from the operating room. Quickly wash the tumor tissues, and cut them into pieces. Digest the tumor specimens with type 1 collagenase and trypsin at 37 °C for 30-40 min, mixing the tube every 5 min. Then, add an equal volume of medium with 10% FBS, centrifuge the mixture, and place the filtrate into a new tube. Remove the supernatant, and wash the pellet. Based on the color of the pellet, decide whether to lyse red blood cells. Transfer the pellet into a new 10 cm sterile dish, and culture the cells for several passages prior to cancer cell screening. Please click here to view a larger version of this figure. 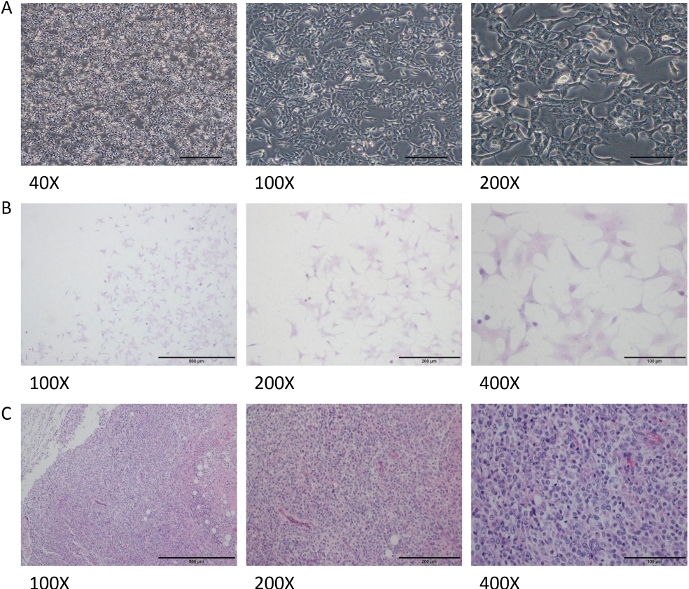 Gastric cancer is an aggressive disease with limited therapeutic options; thus, models of gastric cancer have become a critical resource to enable functional research studies with direct translation to the clinic4,8,17. Here, we have described the methods and protocol of establishing gastric cancer PDX models and primary cell lines. Importantly, both morphological and biological characteristics of gastric cancer specimens were mostly retained in the PDX models.

There are some critical points in the protocol for establishing PDX models that need to be emphasized to increase the engraftment rate. NSG (NOD-SCID-IL2rg) mice are recommended as the immunodeficient mouse model because these mice are more severely immunosuppressed and are deficient in T, B and NK cells18,19,20,21. Additionally, due to the severe immunodeficiency of the mice, sterility must be maintained in all experiments. All tools, including forceps and scissors, must be kept sterile. NSG mice should be bred at a low density to avoid infection. In addition, many factors might also affect tumor formation, such as the sample size, proportion of mesenchymal cells in the specimen, and implantation site.

We used the vitrified cryopreservation method to preserve the PDX tumor samples. The main merits of this preservation method are as follows: 1) long-term storage after freezing is possible (approximately 10 years); 2) the morphology after thaw is consistent with that of the fresh tissue; 3) primary tumor cells can still be isolated after thawing; 4) the tumor-formation ability of PDXs remains basically unchanged before and after cryopreservation; 5) the tissues can be used to make frozen sections and can be fixed with paraffin; 6) DNA, RNA and protein activity is preserved; and 7) this method is applicable for both surgical specimens and biopsy tissues.

The major limitation of PDX models involves the use of immunocompromised mice, which may attenuate the impact of the tumor microenvironment on tumor growth and drug responses and thus limit the application of PDX models in screening immunomodulatory agents. Additionally, it typically takes 4-8 months to develop a PDX model, which is longer than the expected survival of many gastric patients. For this reason, establishing primary cancer cell lines may be an effective complementary method for drug response studies.

PDX models and primary cell lines are becoming an integral part of drug development and the initiation and progression of tumor biology research. These models offer more accurate representations of human cancer than traditional cancer cell lines and have the potential to improve the preclinical evaluation of novel anticancer therapies. In addition, these models may be useful in comparing molecular characteristics or tumor signatures between different subgroups of cancer patients. There is no doubt that these tools will eventually play a broader role in drug development and cancer biology research.

We specifically thank Guangzhou Sagene Biotech Co., Ltd. for aid in the preparation of the figures. 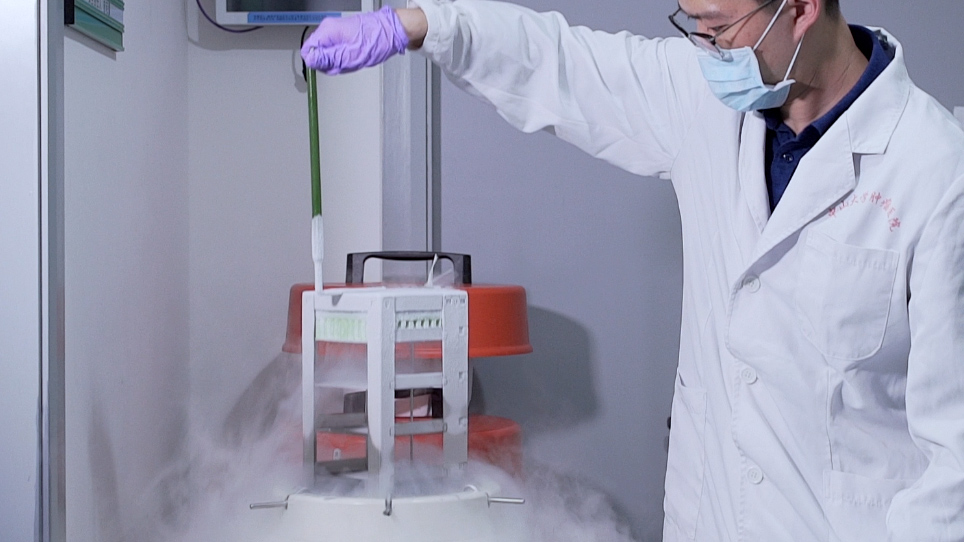