The goal of this article is to provide a standardized approach to induce human hepatic progenitor differentiation from pluripotent stem cells. The development of this procedure with ready-to-use media formulations offer the user a facile system to generate human liver cells for biomedical research and translation.

Liver disease is an escalating global health issue. While liver transplantation is an effective mode of therapy, patient mortality has increased due to shortages in donor organ availability. Organ scarcity also affects the routine supply of human hepatocytes for basic research and the clinic. Therefore, the development of renewable sources of human liver progenitor cells is desirable and is the goal of this study. To be able to effectively generate and deploy human liver progenitors on a large scale, a reproducible hepatic progenitor differentiation system was developed. This protocol aids experimental reproducibility between users in a range of cell cultureware formats and permits differentiations using both, human embryonic and induced pluripotent stem cell lines. These are important advantages over current differentiation systems that will enhance the basic research and may pave the way towards clinical product development.

To date, multiple protocols for hepatocyte-like cell (HLC) differentiation have been developed5,6,7,8. These protocols attempt to recreate aspects of human liver development by using a combination of small molecules and growth factors9,10. Most protocols consist of a stepwise differentiation process, where hPSCs are primed to definitive endoderm, followed by hepatic progenitor specification11,12,13, and ending with HLC specification. HLCs produced by these protocols display a mixture of fetal and adult phenotypes. This includes the expression of alpha fetoprotein (AFP), such as hepatocyte markers such as HNF4α and albumin (ALB), as well as drug metabolizing capacity14,15,16. Between laboratories, HLC differentiation can vary; therefore, the development of standardized protocols is necessary. This will enable researchers to effectively generate and apply stem cell-derived HLCs on a large scale for basic and clinical research.

A hepatic progenitor differentiation system was developed that can be applied to both human embryonic and induced pluripotent stem cell lines using easy-to-follow guidelines. This procedure yields homogenous populations of hepatic progenitors in varying cultureware formats, ranging from cell culture flasks to 96 well plates. Provided below is the protocol to produce stem cell-derived hepatic progenitors in 24 and 96 well formats.

Cell density used in the protocol presented below is specified for one well of a 24 and 96 well plate respectively (see Table 1). Optimization of the starting cell number is required for the different cell culture plate formats and cell lines. Suggested starting cell density for protocol optimization is 2 x 105 cells/cm2. For density optimization, several cell densities can be tested by adding ± 50,000 cells/cm2 at a time.

NOTE: For hPSCs not maintained on LN-521 (e.g., matrigel or fibronectin), split hPSCs onto LN-521 and culture for 1 week prior to passaging and eliciting differentiation to improve the efficiency of the process15,17,18.

4. Characterization of the hepatic progenitor differentiation cultures generated from hPSCs on laminin-521 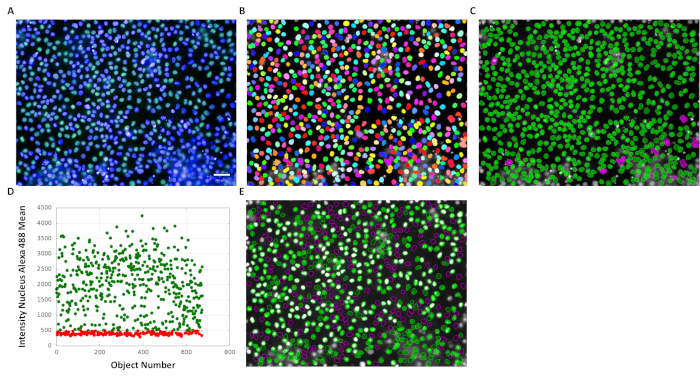 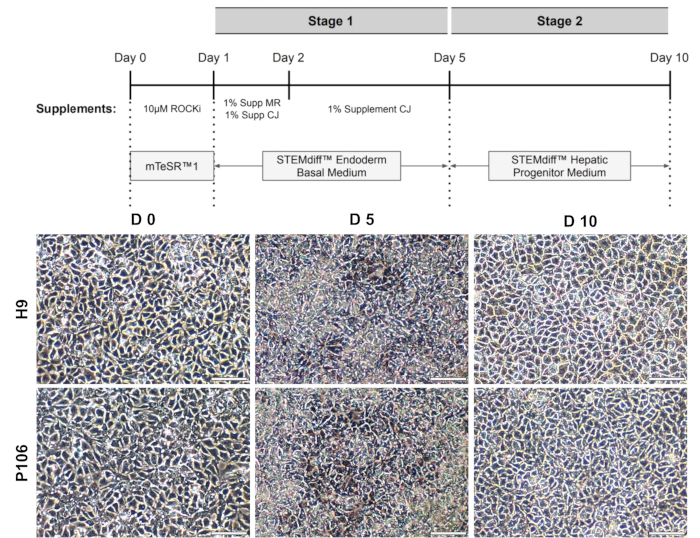 Figure 3: Characterization of definitive endoderm specification. At day 5, cells were stained for Sox17, a definitive endoderm marker. The percentage of Sox17-positive cells was 80 ± 0.5% for H9 and 87.8 ± 0.5% for P106. Percentage quantification was based on 10 separate wells with 6 fields of view per well. Data are shown as the average ± SEM. Scale bar = 50 µm. Please click here to view a larger version of this figure. 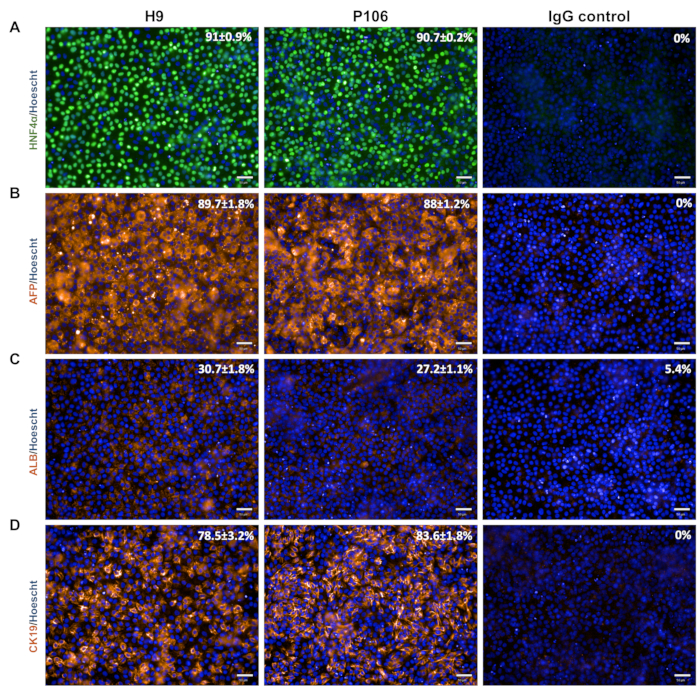 Figure 5: Hepatic progenitor protein secretion analysis. The secretion of alpha fetoprotein (AFP) and albumin (ALB) was analyzed in hepatic progenitor cultures at day 10 in H9 and P109. The data represent three biological replicates and the error bars represent the SD. Secreted proteins were quantified from 24 h culture medium as nanograms of secreted protein per mL per mg of protein, n = 3; ND = not detected. Please click here to view a larger version of this figure. 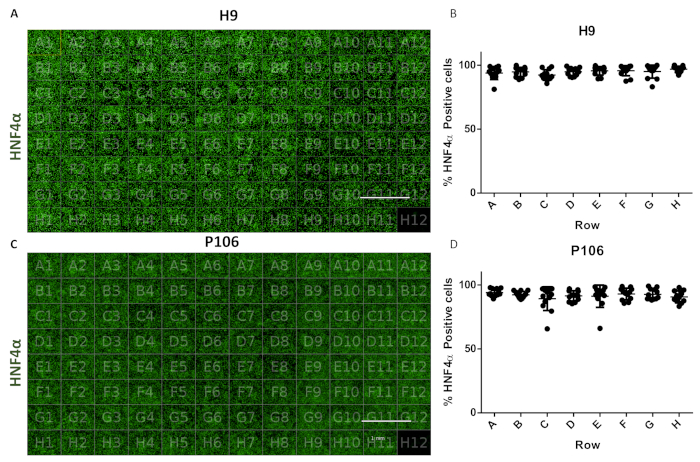 Table 1: Recommended cell density for the different plate formats for the hPSC cell lines used in this protocol.

The generation of human hepatic progenitor cells from pluripotent stem cells on a large scale could represent a promising alternative to cadaver-derived material. Protocol standardization and reproducibility are key to ensure technology translation and impact for biomedical research. To address this, previous work has focused on developing a stepwise differentiation protocol from hESC and iPSCs using defined additives and matrices15,23,24,25,26,27,28. By doing this, hepatocyte phenotype and reproducibility have been improved, permitting the semi-automation of the differentiation process19. The system presented is strengthened by its combination with off-the-shelf cell culture media and a facile hepatocyte differentiation system.

Previously, pluripotent cell density prior to the start of the differentiation protocol was highlighted as a key variable to achieve a homogenous population of hepatic progenitor cells26. Using this more refined procedure, it is possible to generate large numbers of stem cell-derived hepatic progenitors in a stepwise manner using a range of starting cell densities (Table 1). At day 5, definitive endoderm induction was validated by Sox17 staining (Figure 3). Efficient and robust differentiation into definitive endoderm was achieved with both tested ESC and iPSC lines, with more than 80% expressing Sox17 (Figure 3). At day 10, hepatic progenitors displayed a uniform cobblestone-like morphology, and liver stem cell markers were highly enriched for both AFP and HNF4α (>86%, Figure 4). Using a combination of manual and semi-automated technologies it was possible to perform differentiation in multiple plate formats19.

In its current form, cell differentiation is suitable for in vitro based experimentation. However, cell enrichment would likely be required before clinical application to ensure that a homogenous population of hepatic progenitors are prepared for delivery.

In conclusion, the protocol described here provides the field with a standardized approach to produce hepatic progenitors on a large scale. Future work will focus on the production of a new medium for subsequent HLC differentiation, maturation, and maintenance.

David C. Hay is a co-founder and shareholder of Stemnovate Ltd. The rest of the authors certify that they have no conflicts of interest in the subject matter or materials discussed in this article.