Skip to content
Trial ends in Request Full Access Tell Your Colleague About Jove
This is a sample clip. If you're new to JoVE sign up and start your free trial today to watch the full video! If your institution has an existing subscription, log in or sign up to access this video.
Environment
Methods Collection
CITE THIS  SHARE

This protocol introduces a standard laboratory operating procedure for diagnostic testing of lyssavirus antigens in bats in Taiwan.

Viruses within the genus Lyssavirus are zoonotic pathogens, and at least seven lyssavirus species are associated with human cases. Because bats are natural reservoirs of most lyssaviruses, a lyssavirus surveillance program of bats has been conducted in Taiwan since 2008 to understand the ecology of these viruses in bats. In this program, non-governmental bat conservation organizations and local animal disease control centers cooperated to collect dead bats or bats dying of weakness or illness. Brain tissues of bats were obtained through necropsy and subjected to direct fluorescent antibody test (FAT) and reverse transcription polymerase chain reaction (RT-PCR) for detection of lyssavirus antigens and nucleic acids. For the FAT, at least two different rabies diagnosis conjugates are recommended. For the RT-PCR, two sets of primers (JW12/N165-146, N113F/N304R) are used to amplify a partial sequence of the lyssavirus nucleoprotein gene. This surveillance program monitors lyssaviruses and other zoonotic agents in bats. Taiwan bat lyssavirus is found in two cases of the Japanese pipistrelle (Pipistrellus abramus) in 2016–2017. These findings should inform the public, health professionals, and scientists of the potential risks of contacting bats and other wildlife.

Viruses within the genus Lyssavirus are zoonotic pathogens. There are at least seven lyssavirus species associated with human cases1. In addition to the 16 species in this genus1,2,3, Taiwan bat lyssavirus (TWBLV)4 and Kotalahti bat lyssavirus5 have been recently identified in bats, but their taxonomic statuses have yet to be determined.

NOTE: Several primer sets have been published to detect all known lyssaviruses or specific lyssaviruses. The protocol described here is an example that our laboratory uses and may not fit all experimental needs. Select suitable primers according to laboratory needs.

NOTE: Perform virus isolation when either 1) the FAT or 2) the RT-PCR indicates positivity.

From 2014 to May 2017, 332 bat carcasses from 13 species were collected for surveillance. Two tested positive. In the first bat case, the brain impression tested negative using the FAT with one of the commercial FITC-conjugated anti-rabies antibodies (Figure 2), while the RT-PCRs employing each of the two primer sets (JW12/N165-146, N113F/N304R) yielded positive results (Figure 3). A 428 bp sequence of amplicon (amplified with N113F/N304R and containing the partial nucleoprotein gene) was obtained. Its sequence was subjected to BLAST querying by the GenBank database. The result showed that the sequence was similar to lyssaviruses with identities of less than 79% (Figure 4), supporting the identities of the detected lyssaviruses.

Later, two lyssaviruses were isolated successfully from these two brains, and the viruses were confirmed by FAT (Figure 5) and sequencing. The identified lyssavirus was designated as Taiwan bat lyssavirus (TWBLV) based on the sequence analysis4. In the second case, the results obtained from the FATs employing each of the two commercial FITC-conjugated anti-rabies antibodies were inconsistent, as described for the first case. 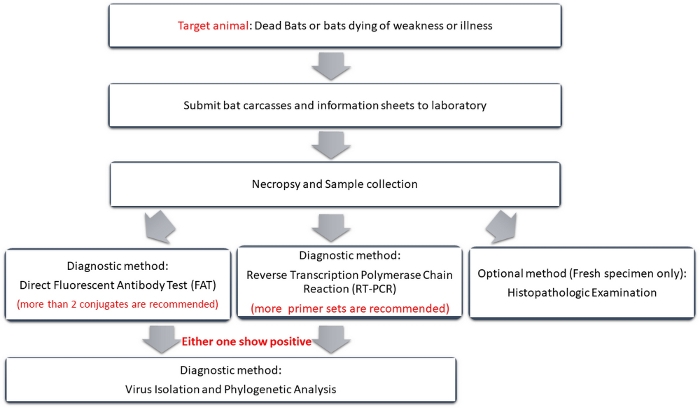 Figure 1: Bat lyssavirus diagnosis flow chart.
Flowchart showing the current process and diagnostic methods which our laboratory used now. Virus isolation should be performed when either the direct fluorescent antibody test or the reverse transcription polymerase chain reaction is positive. Please click here to view a larger version of this figure. 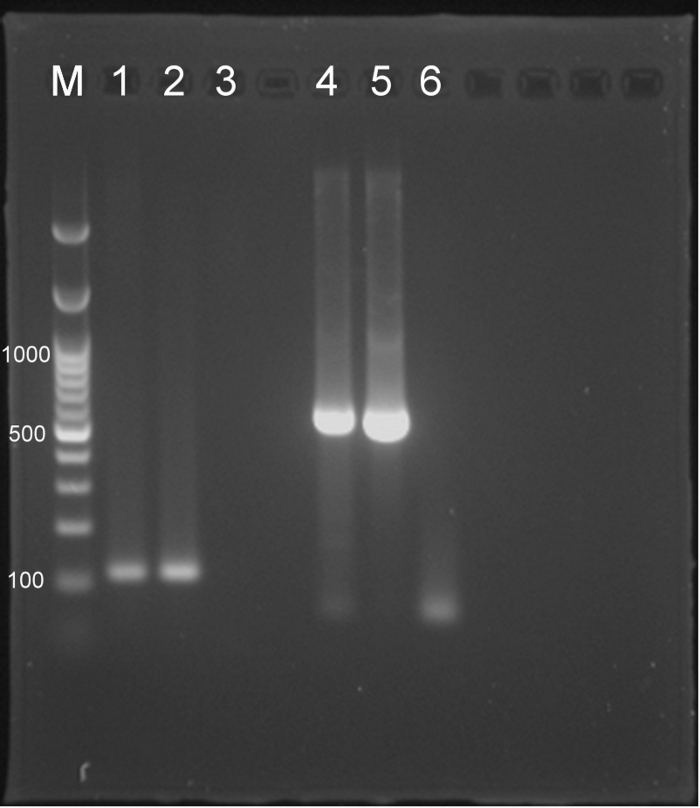 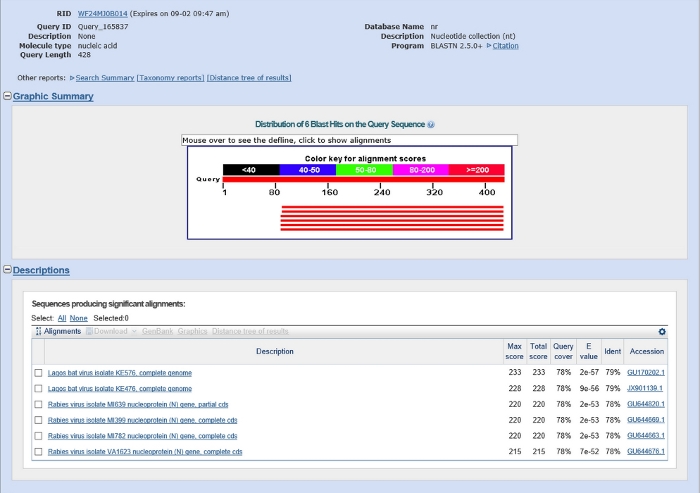 Figure 4: BLAST result of N113F/N304R product of TWBLV infected bat.
BLAST results showed that the case was most similar to the lyssavirus, but the identity with the lyssavirus in the database was only 79%. Please click here to view a larger version of this figure.

Figure 5: Comparison of lyssavirus antigen distribution of virus isolation of TWBLV with two FITC-conjugated anti-rabies conjugates.
The 10% bat brain emulsion (TWBLV infected) was inoculated into mouse neuroblastoma cells for virus isolation. The FATs were performed at the tenth passage and stained with two FITC-conjugated anti-rabies antibodies. Antigen distribution of mouse neuroblastoma cells with two rabies conjugates showed significant differences. (A) The FAT with Reagent A (5x dilution). (B) The FAT with Reagent B (5x dilution). Please click here to view a larger version of this figure.

This laboratory standard operating procedure (SOP) provides a serial process for testing bat samples for the presence of lyssavirus antigens in Taiwan. The key steps include the employment of FAT and RT-PCR. The selection of suitable samples and successful isolation of the virus are also important. Additionally, some troubleshooting was conducted during the monitoring of bat lyssaviruses. The major difference was the target animals. Initially (2008–2009), the target animals of bat lyssavirus surveillance were live bats, which were trapped in Kinmen Island in Taiwan then tested for lyssavirus after euthanasia. Most of the trapped bats were healthy and unlikely to carry lyssavirus, and this approach to monitoring was not humane. Therefore, in the third year, only dead or dying bats were collected and expand the surveillance area from regional to national. After eight years of continuous monitoring, the first bat lyssavirus case was finally detected in Taiwan.

Although FAT is the most widely used method for rabies diagnosis and recommended by OIE and WHO18, few studies have demonstrated inconsistent results when different conjugates were used in the FAT5,27. Similar inconsistent results also appeared in TWBLV-infected cases. In the TWBLV-infected MNA cells, the results of FAT showed significant differences in 2 conjugates (Figure 5). One of the FITC-conjugated anti-rabies antibodies did not react well, even at higher concentrations. Because of the variation of lyssavirus antigen in the samples and the variation of the antibody avidity and affinity of antibodies in the conjugates, it is recommended that two different conjugates be used in FAT to prevent false negative results in lyssavirus diagnosis23,28,29.

RT-PCR can provide confirmatory diagnosis for inconsistent results of FAT. Due to the high genetic diversity of lyssavirus, it is recommended that more than one primer set in RT-PCR be used to increase the accuracy of lyssavirus screening29,30. A primer set designed from highly conserved nucleoprotein genes is the most commonly used set in lyssavirus detection29. RT-PCR can also be used for diagnosis in putrefactive samples when FAT cannot be performed31,32. To avoid false negativity preventing the discovery of a novel lyssavirus, more tools are recommended for detection. Two novel lyssaviruses4, Taiwan bat lyssavirus, were identified during this survey employing the SOP.

Additionally, one highly diverse TWBLV strain and a novel new species of lyssavirus were found in bats in Taiwan in 2018 (unpublished data). The findings proved that employment of both the FAT and RT-PCR to detect lyssaviruses in bats is useful. Some limitations of the RT-PCR primer set used in this SOP should be noted. In the primer set of N113F/N304R, N113F was originally designed for rabies virus amplification, but it may not work well for other lyssaviruses. Several primers for lyssavirus detection have been published by other researchers29,30 and can be chosen according to laboratory needs.

This article is a step-by-step introduction to bat lyssavirus surveillance in Taiwan. It is hoped that this SOP will be helpful to researchers who are interested in bat lyssavirus surveillance. As more researchers carry out surveys of bats, more lyssaviruses will be identified in the future. This SOP monitors not only lyssaviruses but also other zoonoses agents in bats. Such findings can inform the public, health professionals, and scientists of the potential risks of contact with bats and other wildlife. It will also help increase understanding of the evolution and origins of the lyssavirus and lead to substantial progress in scientific research.

We thank Tien-Cheng Li, Yi-Tang Lin, Chia-Jung Tsai, and Ya-Lan Li for their assistance during this study. This study was supported by grant no. 107AS-8.7.1-BQ-B2 (1) from the Bureau of Animal and Plant Health Inspection and Quarantine, Council of Agriculture, Executive Yuan, Taiwan.