This work describes a protocol for chromatin immunoprecipitation (ChIP) using a mature mouse T-cell line. This protocol is suitable to investigate the distribution of specific histone marks at specific promoter sites or genome-wide.

Signaling pathways regulate gene expression programs via the modulation of the chromatin structure at different levels, such as by post-translational modifications (PTMs) of histone tails, the exchange of canonical histones with histone variants, and nucleosome eviction. Such regulation requires the binding of signal-sensitive transcription factors (TFs) that recruit chromatin-modifying enzymes at regulatory elements defined as enhancers. Understanding how signaling cascades regulate enhancer activity requires a comprehensive analysis of the binding of TFs, chromatin modifying enzymes, and the occupancy of specific histone marks and histone variants. Chromatin immunoprecipitation (ChIP) assays utilize highly specific antibodies to immunoprecipitate specific protein/DNA complexes. The subsequent analysis of the purified DNA allows for the identification the region occupied by the protein recognized by the antibody. This work describes a protocol to efficiently perform ChIP of histone proteins in a mature mouse T-cell line. The presented protocol allows for the performance of ChIP assays in a reasonable timeframe and with high reproducibility.

By post-translational modifications (PTMs) of histones, the exchange of canonical histones with histone variants, nucleosome eviction, and DNA methylation regulate the ON/OFF switch of genes. Several groups have investigated the genome-wide distribution of PTMs and histone variants to determine marks that are associated with different chromatin states at both proximal and distal regulatory regions7,8,9,10. Signaling cascades orchestrate dynamic chromatin regulation via the exchange of positive and negative chromatin-modifying enzymes (also known as chromatin modifiers) at specific enhancer elements. These chromatin modifiers regulate the chromatin structure and thus the transcriptional output by, for example, dynamic histone methylation and acetylation. This is the case in the Notch signaling pathway11,12,13,14.

ChIP assays are sometimes challenging due to complications with the lysis of the cells, shearing of the chromatin, and/or low specificity of the antibodies. Several strategies have been adopted to improve the protocol, as is the case for NEXSON15. The use of cooling water-bath sonicators avoids sample heating that might damage the epitopes present on the protein under investigation, but the energy required for the shearing of the samples gets dispersed into the water. Another improvement was made with the development of focused ultrasonication devices that prevent the dispersion of the energy. Therefore, focused ultrasonicator devices allow for improvements in cell lysis and chromatin shearing, eliminating operator-induced variations and significantly increasing the reproducibility.

This work describes a protocol (schematic overview in Figure 1) to efficiently perform the ChIP of histone proteins in a mature mouse T-cell line called E2-10HA16,17. T-cells are usually difficult to lyse, and the shearing of their chromatin has been revealed to be inefficient. In this protocol, which makes use of a cooling focused ultrasonicator, the number of cells, the lysis buffer, and the shearing setting were optimized for the E2-10HA mouse T-cell line. This protocol allows one to perform ChIP with high reproducibility and in a reasonable time. In fact, it requires approximately two days to shear the chromatin and to evaluate the quality of the shearing, and three days to perform the immunoprecipitation, reverse the crosslink, and purify the DNA.

NOTE: All the buffers and the medium used in this protocol are listed in Table 1.

Mature murine T-cells were subjected to ChIP analysis to investigate the enrichment of the histone mark mono-methylation of lysine 4 on histone 3 (H3K4me1), tri-methylation of lysine 4 on histone 3 (H3K4me3), and acetylation of lysine 27 on histone 3 (H3K27ac), as well as the nucleosome occupancy, as revealed by panH3 ChIP. The shearing quality was evaluated by analysis on a 1.8% agarose gel (Figure 2A) and on an electrophoresis system (Figure 2B). H3K4me1 and H3K4me3 are generally used to identify enhancer sites and promoters, respectively (Figure 3A). In fact, H3K4me3 is prominent but not exclusively enriched at promoters5,8,14. A characteristic of active enhancers is to be highly enriched for H3K4me1 and H3K27ac and poorly enriched for H3K4me3 (Figure 3A, upper panel), whereas inactive enhancers present low levels of H3K4me3 and H3K27ac but high levels of H3K4me1 (Figure 3A, lower panel). As shown in Figure 3B, the Glyceraldehyde 3-phosphate dehydrogenase (Gapdh) gene is representative of the analysis of active gene promoters (Gapdh promoter). In fact, it shows high levels of H3K4me3 and H3K27ac and low levels of H3K4me1. In Figure 3B, Deltex1 (Dtx1) is representative of inactive enhancers (Dtx1 enhancer), as it is highly enriched for H3K4me1 and poorly enriched for H3K4me3 and H3K27ac. Gene desert is representative of a region lacking coding genes and is usually sued as a negative control for active chromatin marks. The observation that H3K4me1, a well-accepted enhancer mark4,5,7,14,18, is not enriched at Gene desert suggests that this region lacks enhancers. 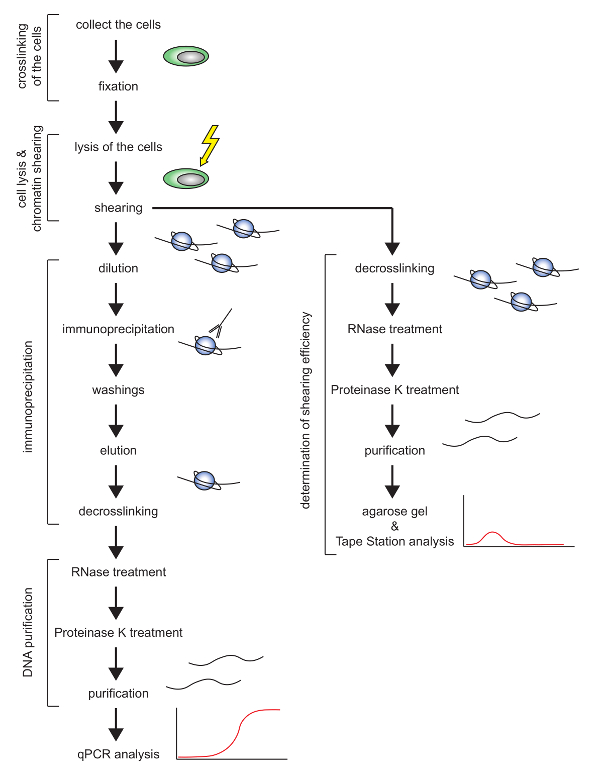 Figure 1: Schematic overview of the ChIP protocol presented. Please click here to view a larger version of this figure.

Figure 3: Chromatin marks that characterize enhancers and promoters. (A) Active enhancers (upper panel) are characterized by high H3K4me1, low H3K4me3, and high H3K27ac, whereas inactive enhancers (lower panel) present high H3K4me1, low H3K4me3, and low H3K27ac. (B) The samples presented in Figure 2A were pooled together and used for ChIP analysis versus histone marks H3K4me1, H3K4me3, and H3K27ac and histone occupancy, as revealed by panH3 ChIP. This analysis shows that the promoter of the housekeeping gene Glyceraldehyde 3-phosphate dehydrogenase (Gapdh promoter) is highly enriched for H3K4me3 and H3K27ac and lowly enriched for H3K4me1. On the other hand, the enhancer of the inactive gene Deltex1 (Dtx1 enhancer) is highly enriched for H3K4me1 but poorly enriched for H3K4me3 and H3K27ac. ChIP using a panH3 antibody was used to investigate nucleosome occupancy. Gene desert was used as a negative control. One representative experiment is shown. Please click here to view a larger version of this figure.

Table 1: List of the buffers and the medium used in this protocol.

Table 2: Shearing settings used in this protocol. These conditions have been optimized for a mature mouse T-cell line.

Table 3: Antibodies and washing conditions used in this study.

Table 4: Primers and probes used for qPCR in this study.

ChIP is a valid technique to investigate whether proteins or their PTMs are enriched at specific genomic regions. ChIP assay results are often challenging to interpret due to biological or technical reasons. The biological reasons are manyfold and include weak or indirect binding of proteins to DNA. There are also technical limitations, such as limited antibody specificity and inefficient cell lysis or chromatin shearing. A troubleshooting guide (Table 5) can help the reader to solve the problems that may be encountered with ChIP assays.

This protocol, making use of a cooling focused ultrasonicator device, allows one to efficiently shear the chromatin of a mature mouse T-cell line. The main critical step of the protocol is represented by the shearing of the chromatin, which must always be optimized for each cell type. It is suggested to vary the number of cells and the number of sonication cycles. Furthermore, the shearing efficiency is negatively influenced by the presence of SDS precipitates in the samples, which may form during the lysis of the cells on ice with SDS lysis buffer. In this case, it is best to incubate the sample after lysis at room temperature for a few minutes to reduce the presence of SDS precipitates. It is recommended to optimize the protocol to obtain sheared fragments between 200 and 500 bp and to always evaluate the shearing quality of the samples before proceeding with the immunoprecipitation. Additionally, the fixation time, amount of antibody and/or cells, and the washing conditions must be optimized for each antibody.

One more critical step in making a ChIP procedure successful is the choice of the antibody, as low-specificity antibodies significantly reduce the efficiency of the immunoprecipitation. Previously, a unified quality test procedure allowed for the evaluation of the specificity of several antibodies available on the market19. The screening pipeline was based on dot blot, Western blot, and ChIP, providing a list of high-quality reagents suitable for ChIP19. More recently, the specificity of several commercially available antibody was evaluated using high-density histone peptide microarray platforms, allowing for the establishment of a database on antibody specificity20. The reader can use this useful tool to identify the most specific antibodies that can be used for ChIP experiments.

5 x 106 cells should be used for each immunoprecipitation for the analysis of histone marks. Because this protocol can also be suitable, with some optimization, to perform ChIP on TFs or cofactors, it is best to increase the number of cells used for the immunoprecipitation in these cases. In order to reach the required number of cells for each experiment, more aliquots of sheared lysate can be pooled together before diluting the chromatin in the dilution buffer.

This protocol could also be modified to perform ChIP on endogenous proteins that do not bind directly to the DNA. In this case, pre-fixation with protein-protein crosslinkers (e.g., dimethyl adipimidate, DMA) may be required (see Appendix B for more information). The successful performance of ChIP on cofactors was previously done by overexpressing proteins that are fused to a biotin-tag. In this case, the protein was purified with streptavidin-conjugated magnetic beads, and a pre-fixation with DMA was performed22.

The authors have no competing financial interests.

We are grateful to P. Käse and T. Schmidt-Wöll for excellent technical assistance. This work was supported by the collaborative research grant TRR81 and the Heisenberg program (BO 1639/5-1) of the DFG (German Research Foundation), the Max Planck Society and the EXC 294 in Freiburg, and the Excellence Cluster for Cardio Pulmonary System (ECCPS) in Giessen to T.B.