A punch biopsy of the skin is commonly used to quantify intraepidermal nerve fiber densities (IENFD) for the diagnosis of peripheral polyneuropathy 1,2. At present, it is common practice to collect 3 mm skin biopsies from the distal leg (DL) and the proximal thigh (PT) for the evaluation of length-dependent polyneuropathies 3. However, due to the multidirectional nature of IENFs, it is challenging to examine overlapping nerve structures through the analysis of two-dimensional (2D) imaging. Alternatively, three-dimensional (3D) imaging could provide a better solution for this dilemma.

In the current report, we present methods for applying 3D imaging to study painful neuropathy (PN). In order to identify IENFs, skin samples are processed for immunofluorescent analysis of protein gene product 9.5 (PGP), a pan neuronal marker. At present, it is standard practice to diagnose small fiber neuropathies using IENFD determined by PGP immunohistochemistry using brightfield microscopy 4. In the current study, we applied double immunofluorescent analysis to identify total IENFD, using PGP, and nociceptive IENF, through the use of antibodies that recognize tropomyosin-receptor-kinase A (Trk A), the high affinity receptor for nerve growth factor 5. The advantages of co-staining IENF with PGP and Trk A antibodies benefits the study of PN by clearly staining PGP-positive, nociceptive fibers. These fluorescent signals can be quantified to determine nociceptive IENFD and morphological changes of IENF associated with PN. The fluorescent images are acquired by confocal microscopy and processed for 3D analysis. 3D-imaging provides rotational abilities to further analyze morphological changes associated with PN. Taken together, fluorescent co-staining, confocal imaging, and 3D analysis clearly benefit the study of PN.

At present, it is common practice for physicians to quantify intraepidermal nerve fiber densities, (IENFD) from skin punch biopsies, which can be used to diagnose small fiber neuropathies 3, 6-8. Biopsies are taken from the distal leg (DL), 10 cm above the lateral malleolus, and the proximal thigh (PT), 20 cm below the anterior iliac spine 9. All IENF are labeled using protein gene product 9.5 (PGP), a pan neuronal marker 10-12. At present, it is standard practice to diagnose small fiber neuropathies using IENFD determined by PGP staining with brightfield microscopy 6. Additionally, several research groups have used immunofluorescent protocols for PGP immunohistochemistry 7-9. Small fiber neuropathy is commonly associated with neuropathic pain. In order to further understand the role of IENF essential for pain processing, we developed a technique to co-label total IENF with fibers that generate pain. Nociceptive IENF, specifically Aδ and C fibers, can be studied through the co-labeling of IENF with PGP and the nociceptive marker, tropomyosin-receptor-kinase A (Trk A) 5. Trk A is the high affinity receptor for nerve growth factor that is essential for the development of nociception. The Trk A-positive nociceptive nerve fibers are peptidergic fibers that express substance P (SP) and calcitonin gene related peptide (CGRP). Previously, Lauria and colleagues applied the double-labeling technique to study PN, co-labeling PGP-positive IENF with a nociceptive marker 10. In our previous study, we demonstrated that Trk A-positive IENF, but not Trk A-negative IENF, were upregulated in an animal model of painful diabetic neuropathy 5. This co-labeling technique provides the ability to compare quantification of nociceptive IENFD to total IENFD and the ability to study morphological changes associated with PN. The capability to visualize nociceptive IENF and compare quantification of total IENFD to nociceptive IENFD could provide objective evidence for the presence of pain, and possibly insight into the severity of pain associated with PN. This technique is also applicable to skin of animal models. In comparison to previous studies, the current protocol describes methods for 3D image analysis, creating the opportunity to avoid errors that could occur in 2D image analysis.

Preparation of 96-well plate and prevention of background staining Punch skin biopsies are collected from human subjects and incubated for 12-24 hr in fixative solution (2% paraformaldehyde with 0.75 M L-Lysine solution (pH 7.4) and 0.05 mM sodium periodate) at 4 °C as previously described 8. Samples are then cryoprotected in phosphate buffered saline (PBS) with 20% glycerol at 4 °C for up to 1 week, embedded in mounting media optimal cutting temperature (OCT), then sectioned into 50 μm thick sections on a cryostat. The protocol described below is designed for 8 skin sections, the maximum number of skin sections possible to undergo free-floating immunohistochemistry in one 96-well plate.

1. Prevention of Non-specific Immunoreactivity in the Stratum Corneum

3. Preparation of 1% BSA Rinsing Solution and Dilution of Primary Antibodies

NOTE: Make sure section is not folded over; the specimen should be flat against the surface of the microscope slide.

Using this protocol, we are able to study the 3D structure of IENFs in human skin (Figure 2). In Figure 2, PGP-positive IENFs were identified by a green signal, and Trk A-positive IENFs were labeled by a red signal. All Trk A-positive IENFs are also positive for PGP; the overlapping signals appear yellow. In addition to the ability to examine IENFs, these methods can also be used to study axonal swellings in IENFs (Figure 3). 3D imaging of axonal swellings, presented in Figure 3, demonstrates that these swellings are globular structures distributed along IENFs. In addition, these methods can be used to study branching in IENFs (Figure 4). 3D images of branching presented in Figure 4 demonstrate that morphological changes take place with the presence of PN. As previously described, the dermal-epidermal border was determined based on morphology and orientation of nerves and the pixel intensity difference between dermis and epidermis 8. The blue tracing, depicted in Figures 2, 3, and 4, indicates the dermal-epidermal junction. 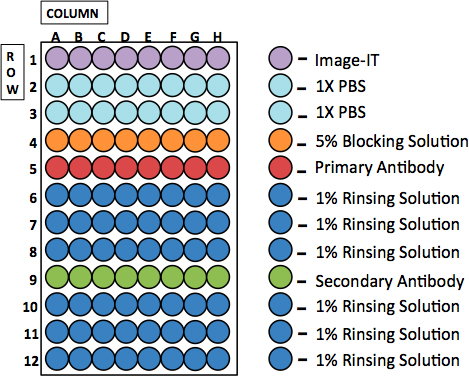 Measurement of IENFD has been widely used to determine the degree of peripheral neuropathies 13,14. At present, the most commonly used protocol only measures the densities of nerve fibers that penetrate the basement membrane of the epidermis; it does not take into consideration axonal branching and/or morphological changes of the nerves. In addition, current IENFD analysis has not been shown to correlate IENFD with the presence of pain in PN 15.

The current protocol offers a 3D approach for studying IENF structure. In combination with double immunofluorecent analysis, the current protocol provides methods to examine the morphology of nociceptive IENFs. Previous studies have not reported an association between densities or branching of nociceptive IENF with PN. Here, we demonstrate a protocol for studying axonal branching and swelling in IENFs of human skin. Our 3D analysis suggests that this method could be used to study the morphological changes of IENF in PN. In addition, 3D imaging could improve the current protocols of IENFD measurement by avoiding errors that are associated with reduced visualization of overlapping structures associated with 2D-imaging.

It is well characterized that axonal branching accompanies the recovery from nerve injury 18. However, the available methodology for quantifying axonal branching is still limited based on 2D imaging. As described in Figure 4, axonal branching could be complicated by the tortuous nature of the regenerating nerves. Consequently, the branching points could be obscured by nearby nerve fibers to affect the accuracy of quantification. The 3D imaging analysis of our protocol provides improved visualization for details of the branching nerves.

No conflicts of interest to declare.

This work was supported by National Institutes of Health Grants K08 NS061039-01A2, the Program for Neurology Research & Discovery, and The A. Alfred Taubman Medical Research Institute at the University of Michigan. This work used the Morphology and Image Analysis Core of the Michigan Diabetes Research and Training Center, funded by National Institutes of Health Grant 5P90 DK-20572 from the National Institute of Diabetes and Digestive and Kidney Diseases. The authors would like to thank Robinson Singleton and Gordon Smith (University of Utah) for their generous donation of human skin samples to support the initial development of the nociceptive biomarker immunohistochemistry technique. 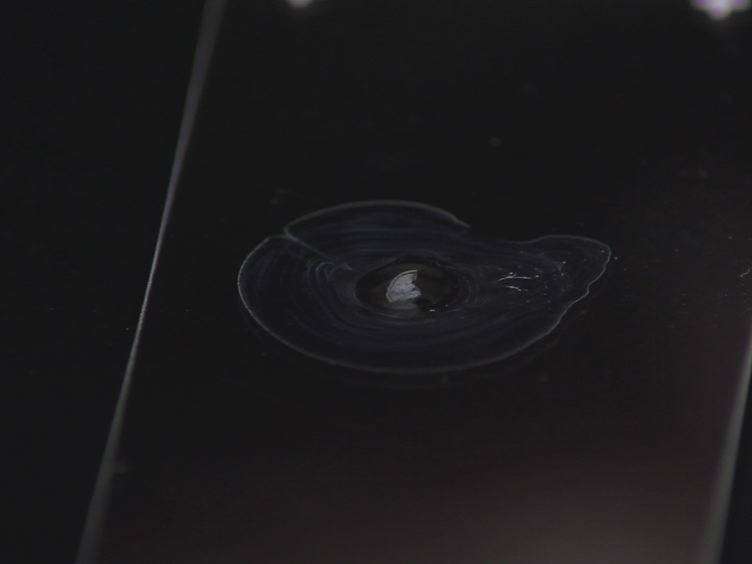