This protocol describes an effective in situ hybridization approach to detect the mRNA expression levels and spatial patterns of target genes in Sipunculus nudus coelomic fluid.

In situ hybridization (ISH) is a very informative technique to present cellular distribution patterns of specific genes (e.g., mRNA and ncRNA) in tissues. The sipunculid worm Sipunculus nudus is a crucial fishery resource as it has high nutritional and medicinal values. Currently, the research on the molecular biology of Sipunculus nudus is still in its infancy. The purpose of this article is to develop a sensitive method for localizing specific mRNA in Sipunculus nudus coelomic fluid. The protocol includes detailed steps of ISH, including digoxigenin-labeled antisense and sense riboprobe preparation, coelomic fluid collection and section preparation, specific riboprobe hybridization, antibody incubation, coloration and post-coloration treatments. The representative results obtained from a successful experiment using this method are demonstrated. The protocol should be applicable to other Sipuncula species as well.

ISH, using a labeled nucleic acid probe to detect the specific DNA or RNA sequence of interest, is a useful method to describe the spatial expression pattern of target genes in morphologically preserved tissues1,2,3. Normally, the target sequence is generated by polymerase chain reaction (PCR), and then used as the template to synthesize the antisense/sense RNA probe labeled with digoxigenin uridine-5’-triphosphate. Samples are fixed and permeabilized before incubation with riboprobe. After washing off the excess probe, hybridization is visualized by immunohistochemistry using an anti-digoxygenin antibody, which is alkaline phosphatase-conjugated3,4,5,6.

Sipunculus nudus (Phylum Sipuncula; order Sipunculida: Sipunculidae) is an unsegmented, coelomate and bilaterally symmetrical marine worm7,8. Sipunculus nudus is a cosmopolitan species widely distributed in tropical and temperate coastal waters. It is also an important marine fishery resource in southern China because of its high nutritional and medicinal values9,10. However, Sipunculus nudus in molecular biology is still in its infancy. To fully understand the biological role of genes, the investigation of genes expression patterns at a cellular resolution is of great interest. In the non-model organism Sipunculus nudus, the ISH method, which is an ideal method to detect the genes expression patterns, has not yet been established. Its coelomic fluid contains several cell types, including granulocytes, urn cells, vesicular cells, germ cells, erythrocytes, etc11. The double sex/mab-3 related transcription factor-1 (dmrt1), used as a representative gene in this method, is a highly conserved transcriptional regulator of sex determination and differentiation in most species ranging from invertebrates to mammals12,13. In a range of species (i.e., black porgy, etc.)14, dmrt1 was expressed in the Sertoli cells, surrounding the germinal cells, whose function is similar to trophoblast cells of Sipunculus nudus. Therefore, we hypothesized that dmrt1 of Sipunculus nudus is expressed in trophoblast cells of spermatozeugmata, and the result of the ISH method clearly confirmed the hypothesis.

This protocol for the first time describes ISH, with digoxigenin-labeled antisense/sense mRNA probes, to determine mRNA expression patterns in its coelomic fluid smear. The optimal reaction conditions are supplied, which allow very sensitive visualization of mRNA expression at high resolution. The developed ISH method could be potentially applied in more Sipunculida species other than Sipunculus nudus.

The animal procedure was approved by the Animal Care and Welfare Committee of Huaqiao University.

A summary of the steps involved in ISH is illustrated in Figure 1. Antisense and corresponding sense riboprobes for dmrt1 were synthesized from PCR products amplified from the coelomic fluid cDNAs. The authenticity of the PCR products was verified by direct sequencing. Riboprobes were synthesized using T7 RNA polymerases according to the manufacturer's protocols and a previous report4 with some minor modifications. The representative signals of ISH are shown in Figure 2. ISH of Sipunculus nudus coelomic fluid with antisense riboprobe that targets dmrt1 reveals purple staining concentrated in trophoblast cells of the spermatozeugmata (Figure 2A, B, red arrows). A sense riboprobe was used as a negative control, and the sense riboprobe for dmrt1 did not detect any hybridization signal (Figure 2C). 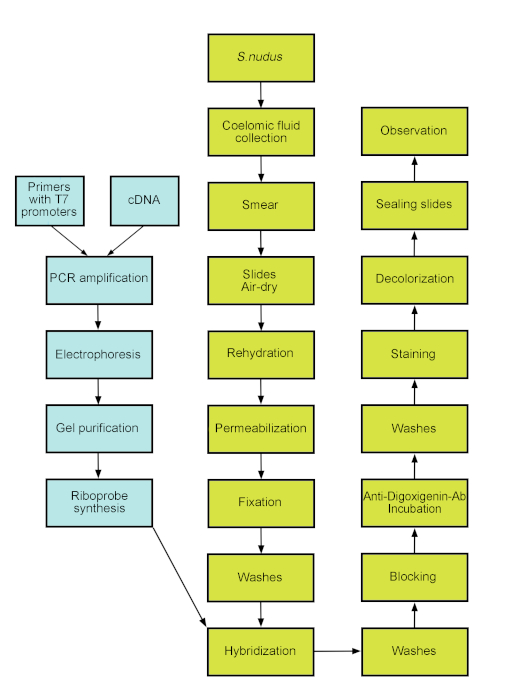 Figure 1. Flow diagram of ISH. Blue boxes are the steps for synthesizing riboprobe. Light green boxes are steps for in situ procedures. Please click here to view a larger version of this figure. 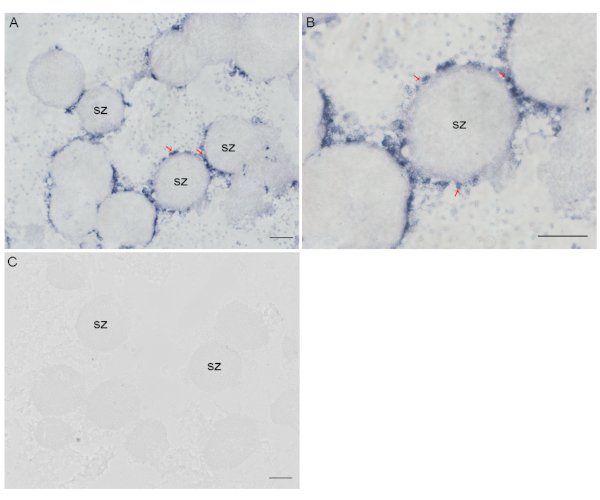 Table 2. The composition of solutions used in the ISH protocol.

Previous studies showed that ISH is suitable for detecting multiple target RNAs16,17,18. In this protocol, we described a high-resolution ISH method to detect the mRNA in coelomic fluid and emphasize the optimized hybridization conditions in Sipunculus nudus. The obvious signals of dmrt1 we observed demonstrated the successful application of this protocol in the detection of gene expression (Figure 2).

During the experiment, a series of steps need to be given particular attention. Firstly, sense riboprobes for the target genes must be synthesized as the control. After the synthesis, the quality of the riboprobe should be checked on a gel. Poor RNA synthesis will result in no staining in the sections. Secondly, the sample collection process should be gentle to prevent cell deformation and the experiment must be performed immediately after coelomic fluid collection to prevent RNA degradation. Thirdly, incubation time and times should be exactly followed in all steps without shortening or lengthening. In particular, pay attention to the timing of proteinase K treatment. Too long treatment time of proteinase K will lead to the destruction of the cell structure of the sample, while too short treatment time will not allow the riboprobe to enter the cell properly. Finally, slides should not dry out during the experiment. This method involves a hybridization step at 60 °C, which will increase the risks of reagent evaporation. As stated in the protocol section, slides must be put into a wet box and covered with paraffin film to avoid evaporation.

One limitation of this protocol is the acquisition of riboprobe sequences in non-model organism Sipunculus nudus, because poorly sequenced mRNA may confer low specificity of the riboprobe. With the development of sequencing technology, more and more high-quality sequences of Sipunculus nudus will be released, which will greatly improve this situation.

This work was supported by the Young Scientists Fund of the National Natural Science Foundation of China (Grant No. 31801034), the Natural Science Foundation of Fujian Province, China (2016J01161), the Scientific Research Funds of Huaqiao University (15BS306) and Postgraduates’ Innovative Fund in Scientific Research of Huaqiao University.